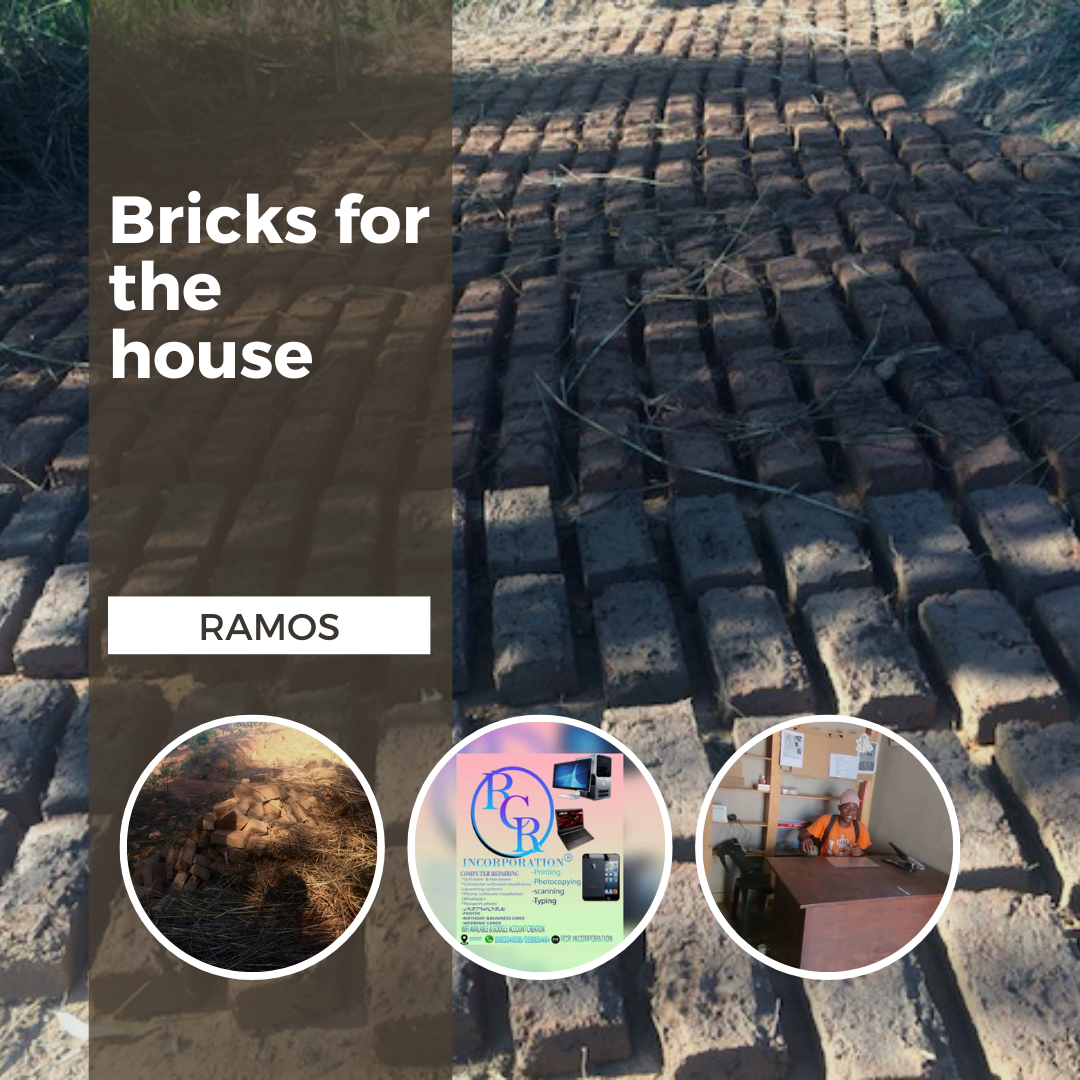 Quite some months have passed since Ramos started his business and things are going relatively well. Ramos has to face many challenges to have things going. The main one is lack of electricity. From what we hear, if electricity is there in the morning, then it is not there in the afternoon and vice versa. Having a shop going under these circumstances is to say the least difficult. Ramos’s dream would be to buy a solar generator that he can use when there are black outs. Unfortunately, he doesn’t have enough money for it and Marajowi at this moment can’t support him.

However, last month Ramos managed to earn 109.000 MK (approximately 110 EUR). In Malawian terms that is not too bad. With these money, he has purchased the material needed to make bricks and prepared an oven to cook them. He has moulded many bricks and has many aligned on the ground by now. He has to be as fast as possible before the monsoon starts. Bricks are made of terracotta and if the rain comes before they are cooked, they will simply melt down. With the bricks, he is going to build a small house for himself, just two rooms: a bed room and a kitchen. The house is going to be an extension of his mother’s one. We are very proud of him!

In the meanwhile, and with Clement’s help, he is working hard on marketing his business further. There is now a signpost outside the door and he is trying to get more customers. With his money, Ramos wants and has to help his family too. His father has now abandoned them. He has two more children with another woman and all his attention is focused on the new family. His mother doesn’t work and finding food for 8 kids is to say the least a daily battle. Things are difficult especially for the youngest in the family, who is just 1 year. 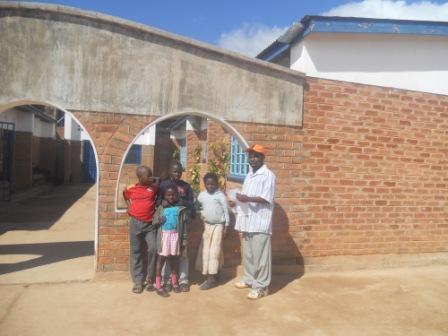 Today Ramos, Wit and Joyce received a very unexpected visit. While coming back from a health check, Gresham and Malita... 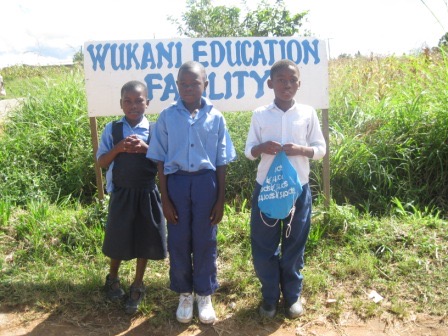 Ramos, Joyce and Witness go to their new school as well!

It took some walking to reach it, but on the 26th april 2011 Ramos, Joyce and Witness moved to their...

This is a too long silence, too long we don’t share news with you. Apologies about that! Life went faster...