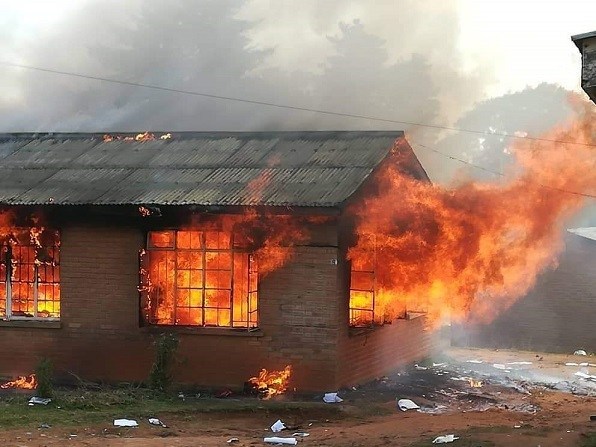 Last 21st May millions of malawians voted in the national elections.  The results were more than controversial, since many documents showed a lot of ‘tippex’  on them and a lot of same handwriting.

Since then a lot of unhappiness went through the country, but in these last couple of days, unfortunately, there were violent rallies in different part of Malawi. Protests were pretty heavy, police used tear gas against protesters and many shops and governmental offices were put on fire. The situation was pretty heavy also in Mzuzu were 9 people were killed.

We heard from Clement, that Gift’s grandma was in Mzuzu when the situation turned to violence. She had gone to visit his grandchild at school. However, she went back to Nkhata Bay as quickly as she could since she was afraid.

Also Peter, our friend from the school of the blinds, is blocked in Blantyre since a few days already. He was planning to go back home last thursday but kept postponing his departure since protesters were threatening to put on fire any moving vehicles.

We hope the situation will go back to normality as soon as possible.