A visit to the homes of the selected kids

The parents invited us and so today we pay a visit the homes where Malita, Ramos, Joyce and Witness grew up.

Malita lives in the Mablueguma village, on the hills around the lake. The village took its name from the many blue gum trees which are around. While getting closer to the village we are welcomed by Malita’s mum and grandmother, who show us immediately inside the little house they are renting. It is a small hut made mostly of terracotta bricks and plastered with more terracotta. There is no running water nor electricity here. The house is composed of two small rooms (the bedroom and the storage) and an equally small living room.

We gather here with the rest of the family: Malita’s sister, Malita’s mum and his new companion, with his daughter. Immediately more people arrive, all curious to meet us.

While chatting we get to know Malita’s birthday. Her Malita doesn’t remember when she was born, but luckily has her vaccinations’ paper which says Malita was born on the 15th October 2003. From her medical records we also find out she is deaf and dumb since 2008, due to complications of meningitis. At that time the doctors advised her mother to bring her to the Bandawe School for the Hearing Impaired, the same school Malita is now attending. After a Coca Cola it is time to leave to go and meet the next family.

When we visit Ramos’ home we have a positive surprise. He seems to be much luckier than Malita. His family owns the house they live in and this is even painted from the outside. His father is not in when we pay our visit, since he is out selling the fish he caught last night. However his mum is more than ready to welcome us in. The house has electricity but no running water and has 3 rooms.

Ramos lives with both his parents, his little sister Ulemu, his brother Emmanuel and two cousins who have lost their parents. This means that a total of 7 people is living out of the income of the fishing activities of Ramos’s father. The all family has moved to Nkhata Bay in 1996 because the lake represented a good resource for them. Also here we drink a Coca Cola all together and while chatting we learn that Ramos was born on the 14 September 2000.

Witness lives on the other side of the bay as compared to Ramos and Malita. This area is even more rural and it is known as Kakumba village. Witness lost his parents when he was 8 months old. His grandmother took care of him as good as she could. Today he is still living together with her, his aunt and many cousins.  Out of them, 4 are his aunt’s children. They have no chairs, so we sit all together in the patio of the house. His aunt and grandmother are really chatty and there is also a constant passing by of children who are curious to meet us.

The all family live on the income generated by both the aunt (who sells corn) and one of the cousins (who work at the supermarket). Wit’s aunt really seems to understand the importance of being given the possibility to study and tells us that in her family only one of her brothers was given that chance, but unfortunately passed away too early. She tells us that Wit was born on the 29th Jan 2000, basically on a field where hundreds of people were praying to prevent the end of the world, expected in that same year.

Joyce lives basically next door to Witness, together with her mum, her grandmother and approximately other 14 children. Only one among them is her blood brother, Daniel. The house is very simple and is mostly used as a storage for the rice one of their relatives is selling. Joyce’s mother supports them all, as well as she can, but she works in a little shop in town and their living conditions are less than basic. Differently from the rest, Joyce’s mother is not very talkative. She only tells us that Joyce was born on the 12th June 2003 and that she is often affected by malaria. 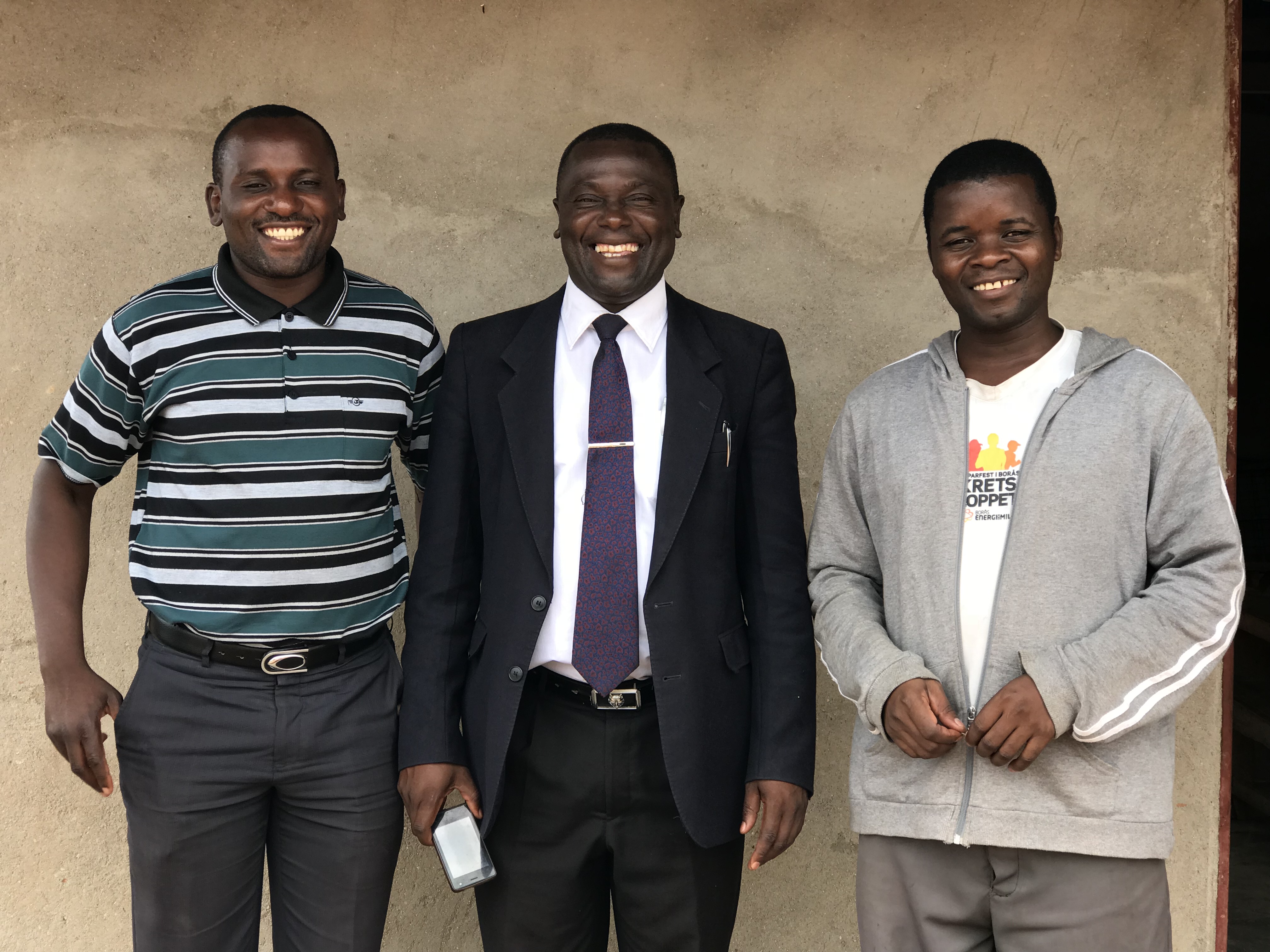 Surprised to read the words ‘business meetings’ mentioned within the Marajowi bog? Well, after all also at Marajowi we do... 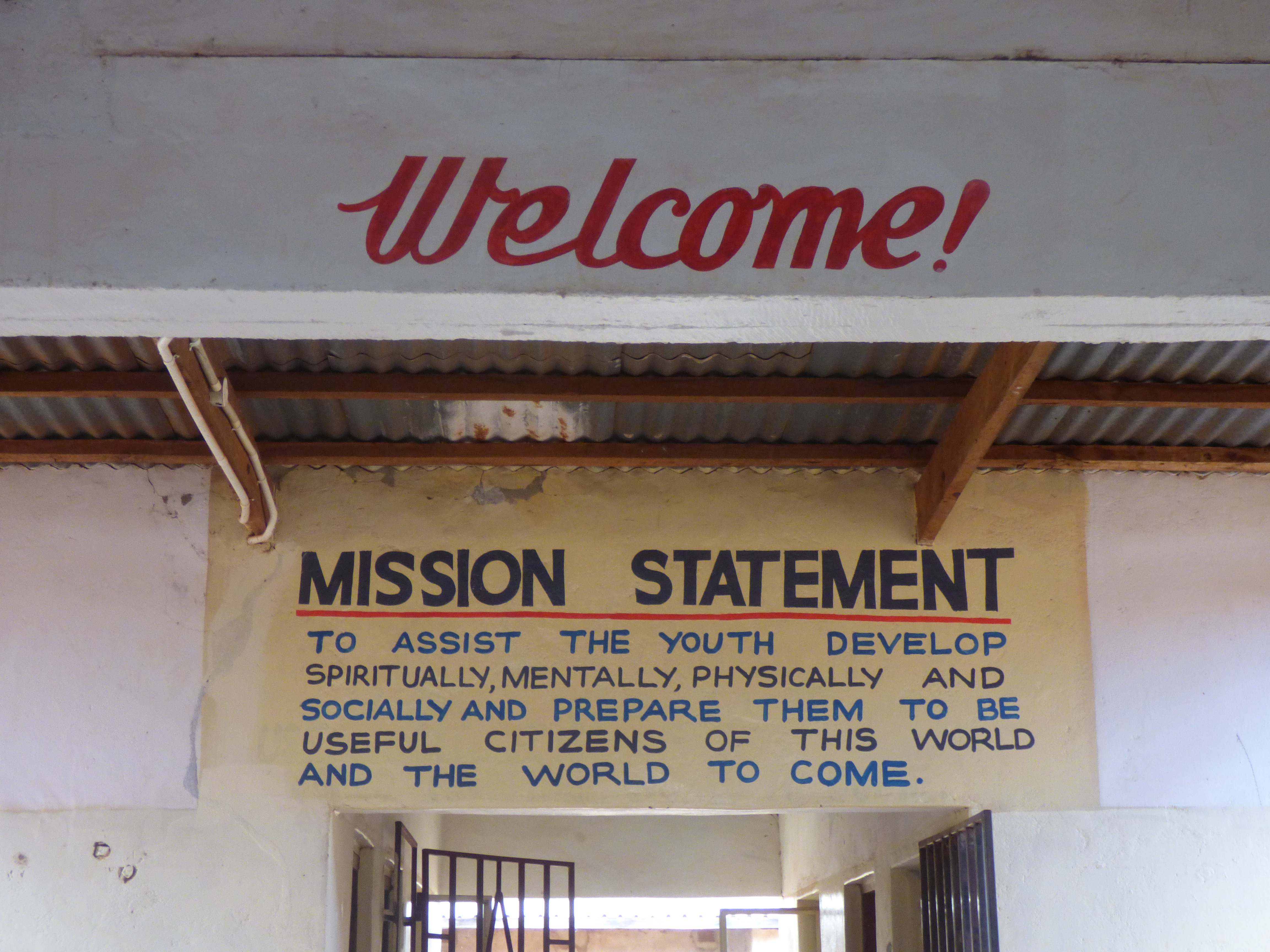 We are really looking forward to meet Ramos and Witness at Lunjika Secondary school today. However the journey there turns... 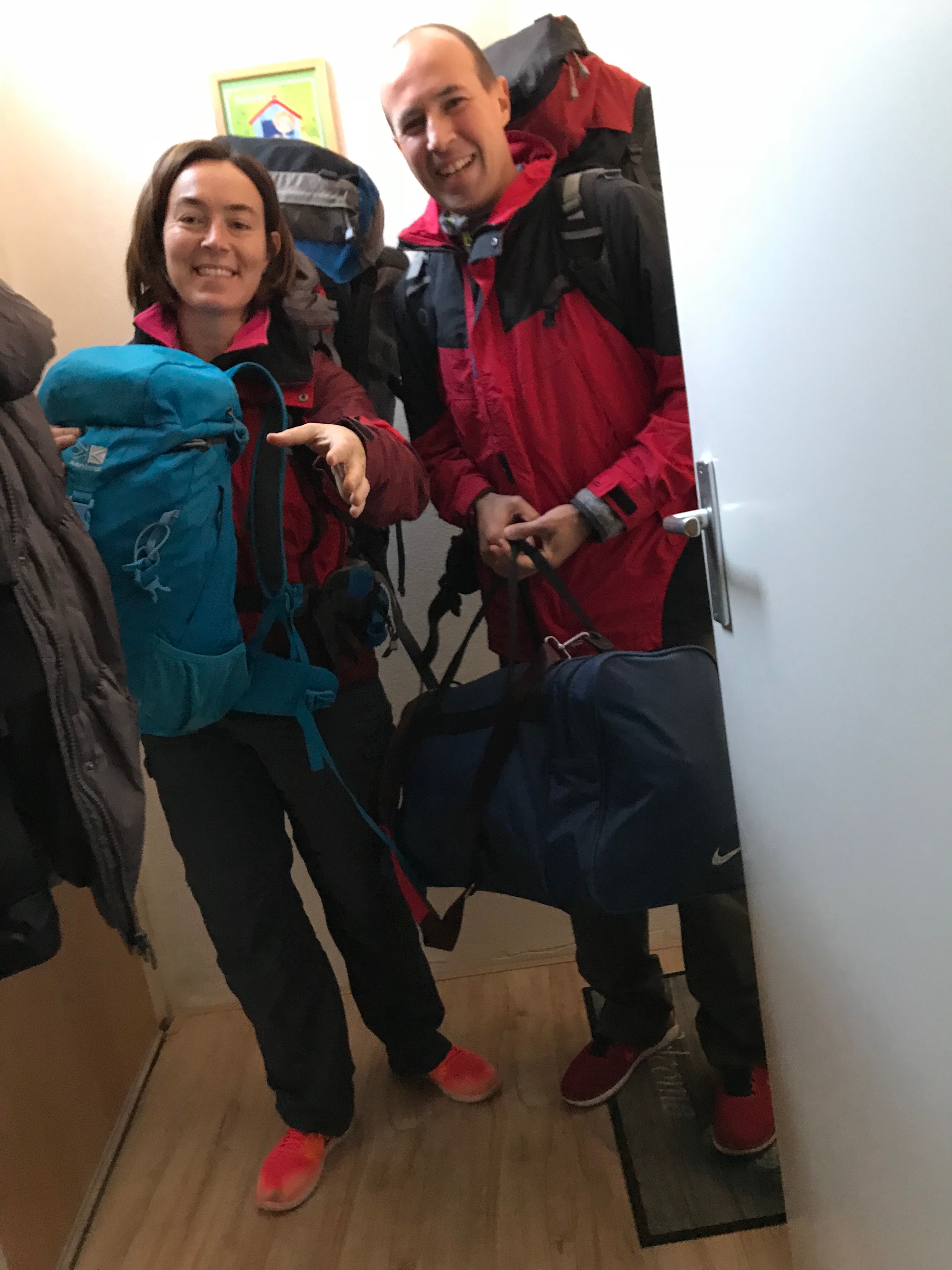 The first day in Malawi

The first day in Africa always comes with its share of adventures. You can leave as well prepared as possible,... 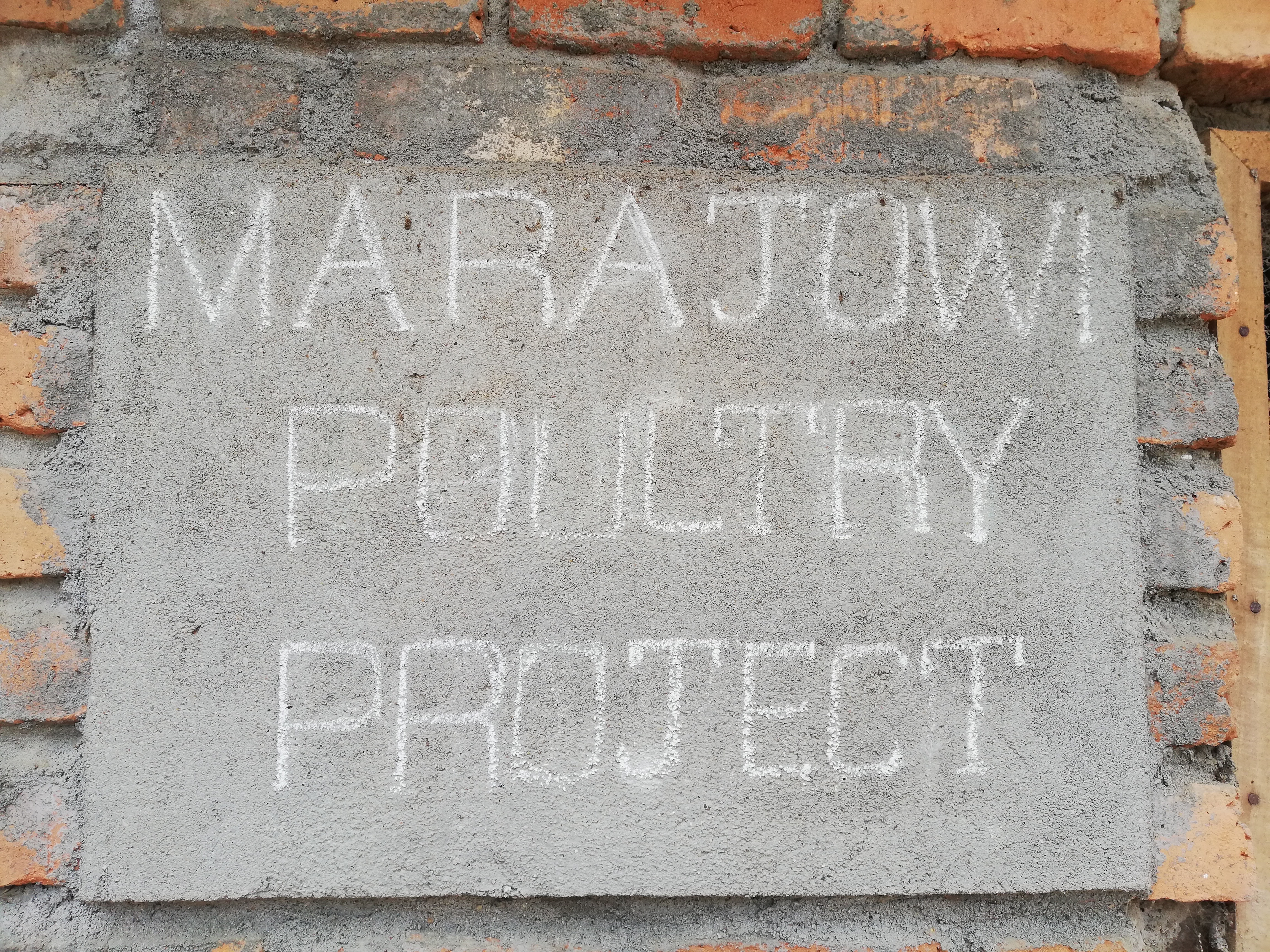 Status of the poultry project

A couple of years ago, we organised a fundraising event to sponsor a poultry at Bandawe school for the Hearing... 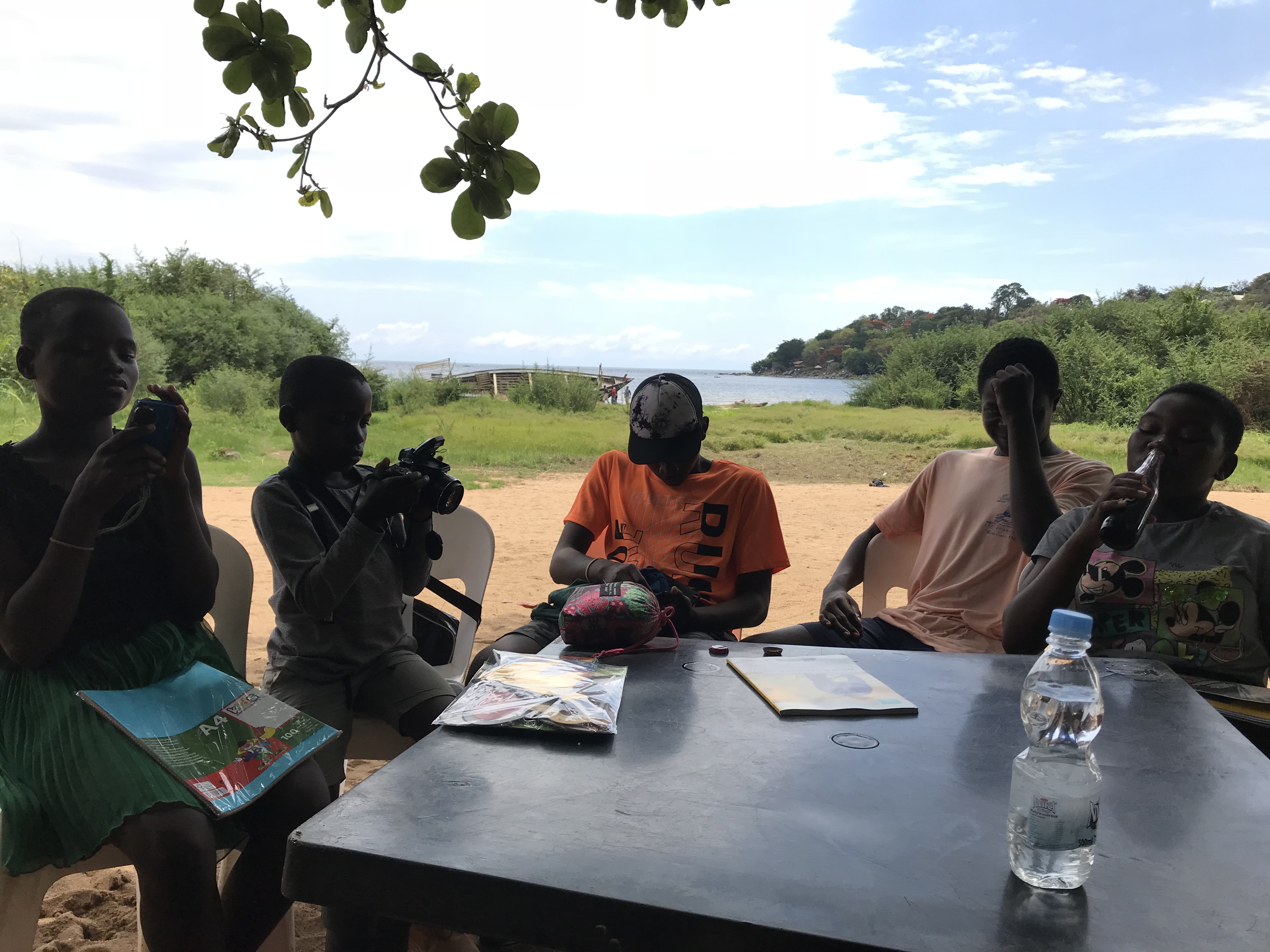 They are great dancers!

There are dancers and dancers and the Marajowi kids definitely are great dancers! Today we go to Ilala Bay. It... 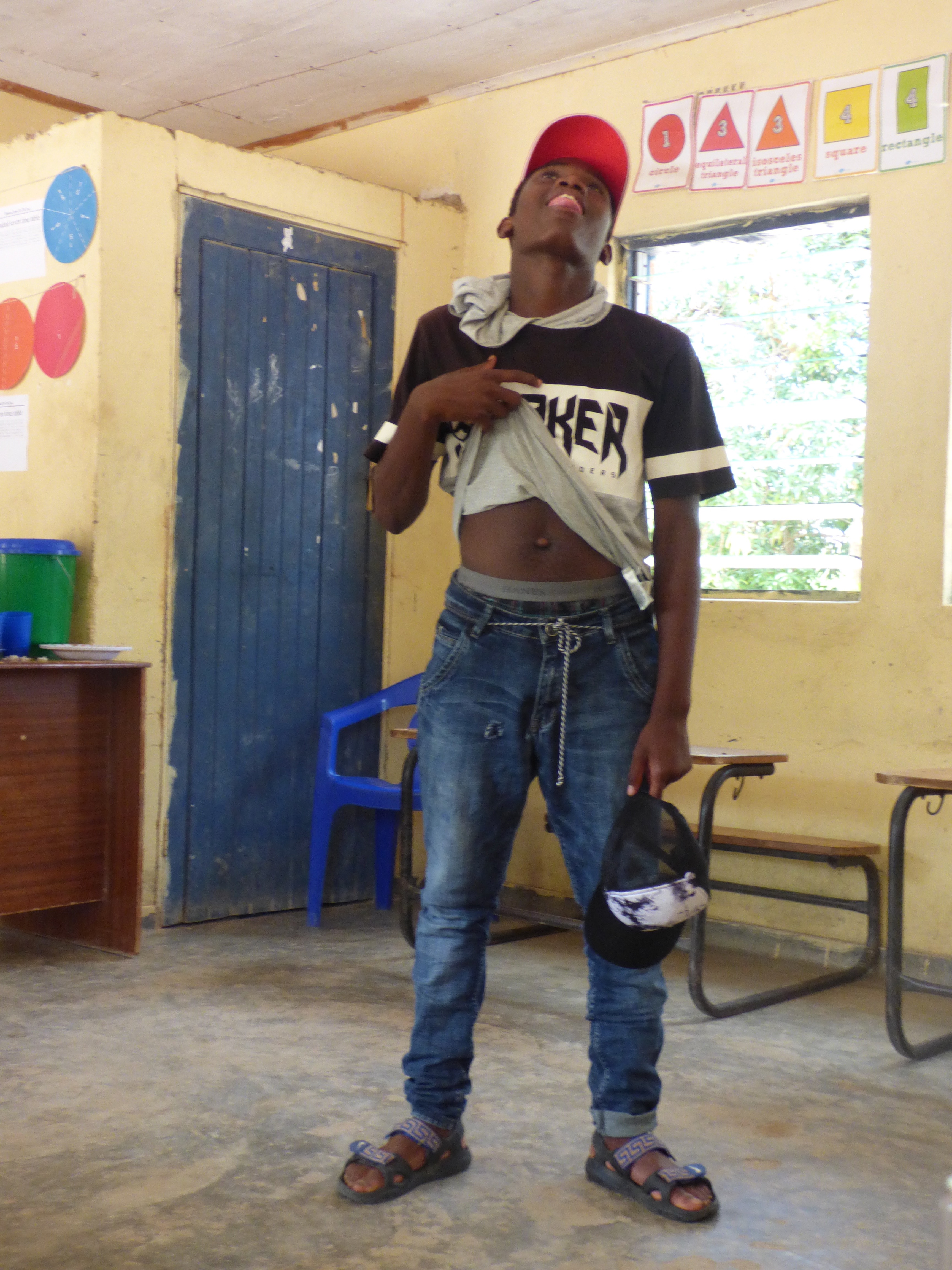 Give a camera to some kids and you get silly pictures. This is an universal law, no matter where you... 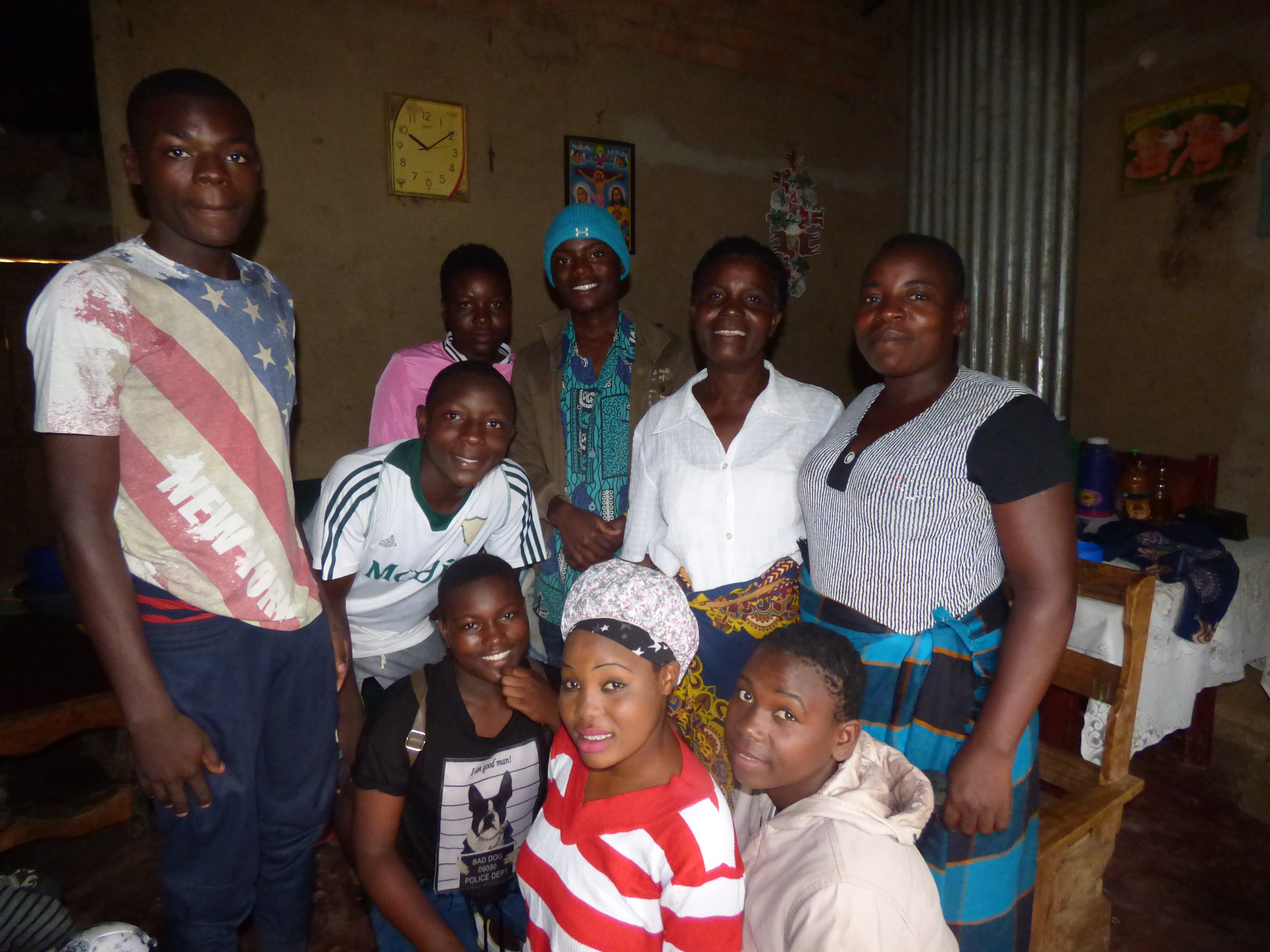 Joyce’s house is basically opposite to Wit’s. So we just jump a few paddles and we are there. It is... 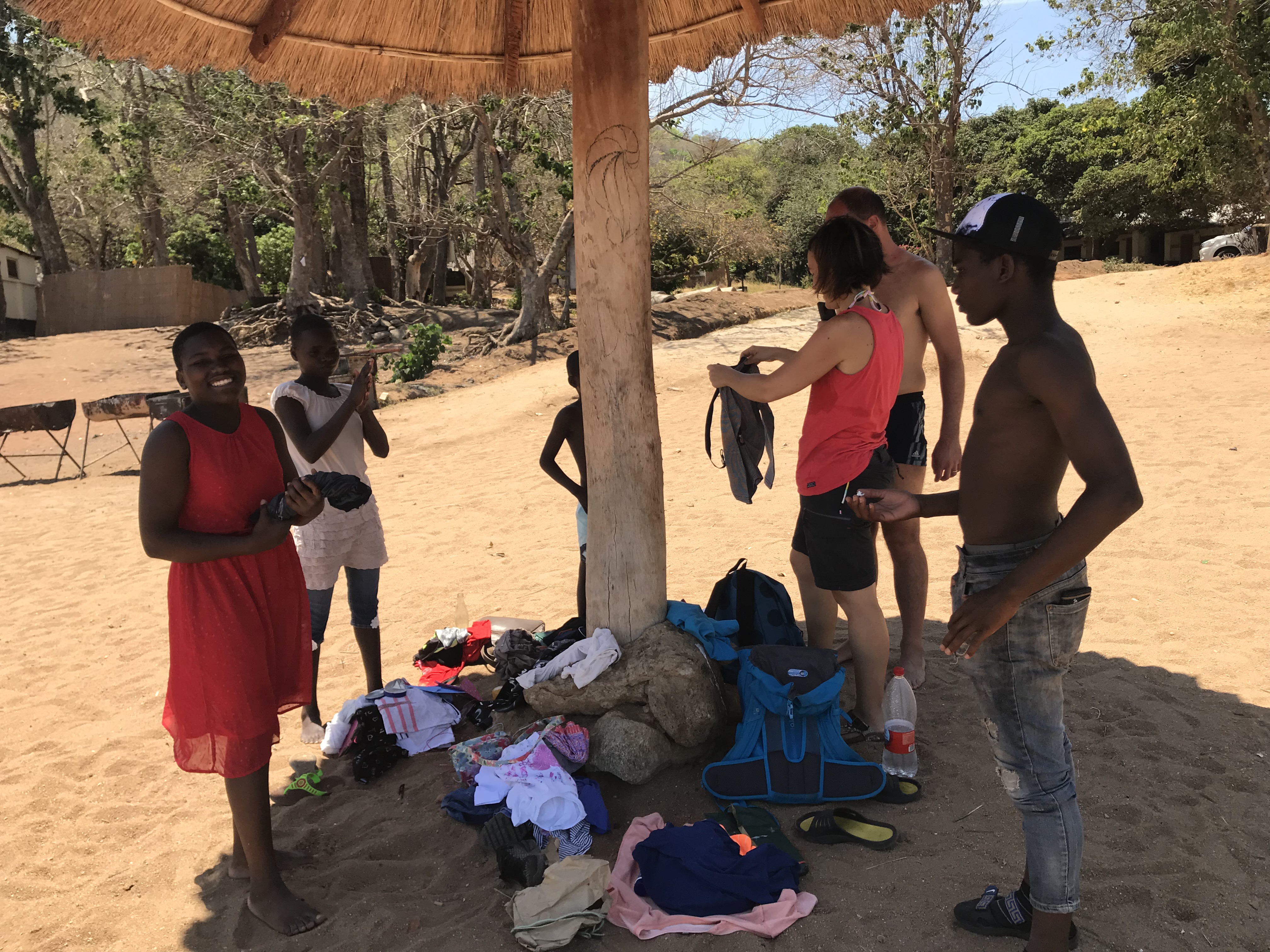 Our planning for the donation of clothes was simply perfect! Both Joyce and Katie swam in their clothes in the... 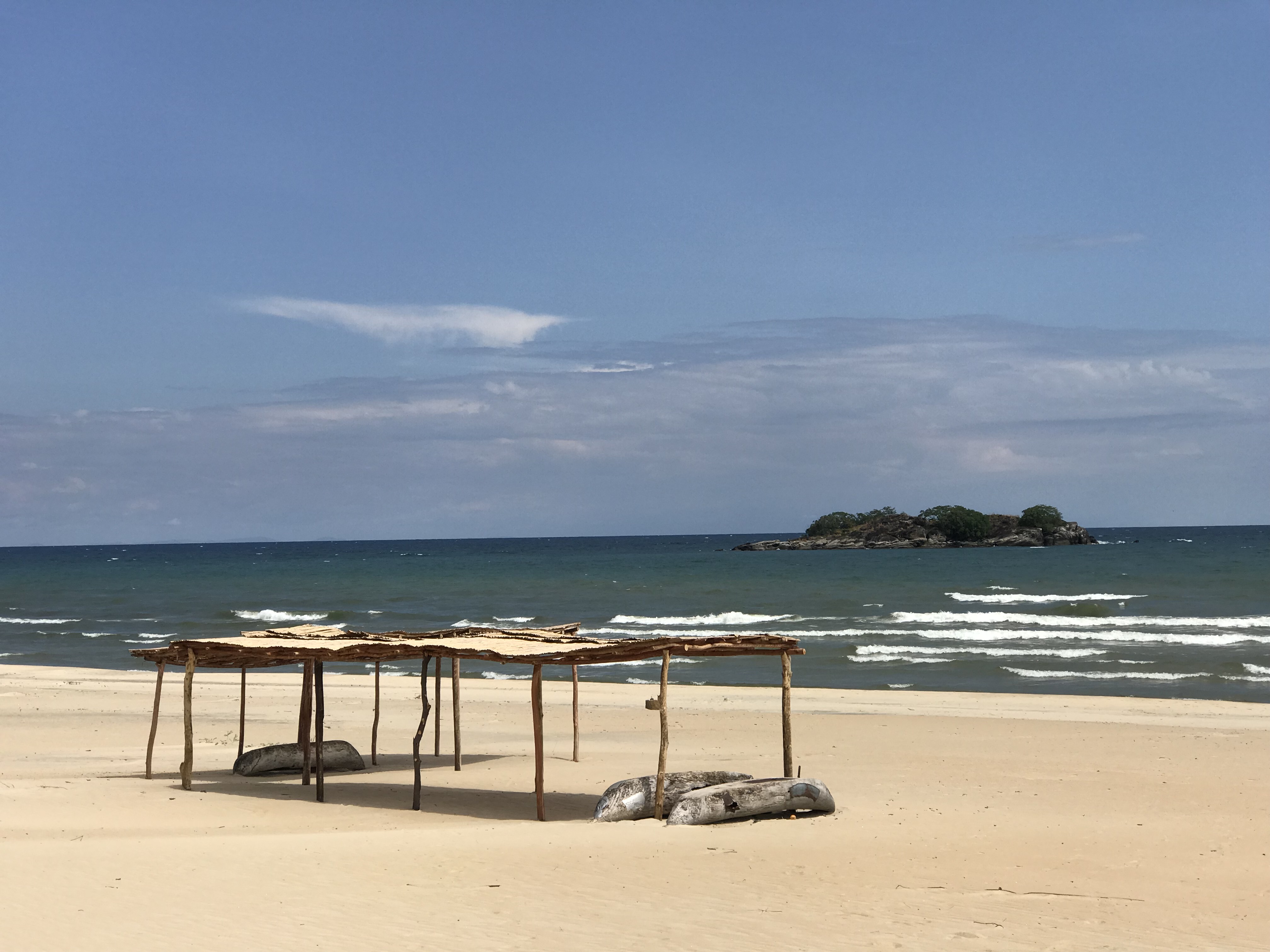 A day at Kande Beach

It is our last weekend in Malawi and the kids ask us if we can go to a special place:... 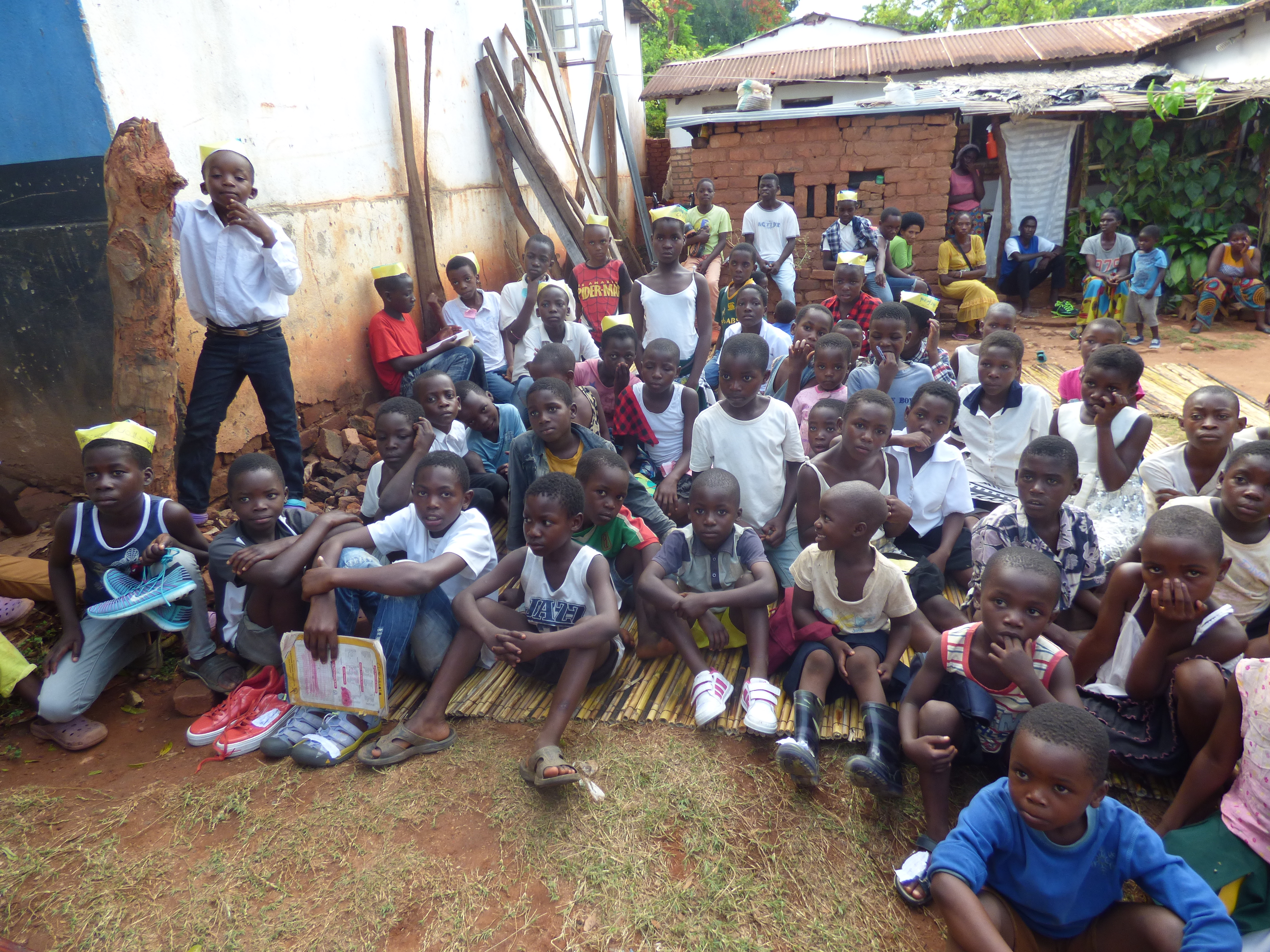 Ceremony for the donation of shoes

Getting two boxes full of shoes in Nkhata Bay was easier than we thought. The appreciation for this gesture is...